2022 was certainly a much better year for the big-screen experience as there were no enforced cinema closures to contend with. A full 12 months of uninterrupted cinema, and long may it continue! Looking to the year ahead, there is, as usual, lots to look forward to, so let us dive straight in with my most anticipated films for 2023. These are the releases that I am most looking forward to, but time will tell if they will be the best because as is the case every year there are bound to be some films that come out of nowhere with very little fanfare to blow audiences away and the films that are likely to be big awards season players tend to start popping up in the latter half of the year.

Before we start, there are a few 2022 releases that are finally getting their wide release on these shores this year, such as Babylon, TAR and The Fabelmans, but as these are technically 2022 releases, they will not be included here.

Before we have a look at the top 10, here are a few honourable mentions  (All current UK release dates unless specified):

The Super Mario Bros. Movie (release date: 31 March): For anyone who grew up with the early generation video game consoles, Mario is one of, if not the most iconic and recognisable video game characters of all time. Fans might have a feeling of trepidation, particularly with Chris Pratt as the voice of Mario, particularly as the other time they adapted Mario for the big screen, it did not go well. However, in the hands of Illumination, and with a strong voice cast behind it, let’s hope this one gets the gold star!

The Hunger Games: The Ballad of Songbirds & Snakes (release date: 17 November)  Director Francis Lawrence is once again stepping back into the world of Panem for the prequel set 64 years before Katniss Everdeen became the Mockingjay to ignite the rebellion to overthrow the Capitol.

John Wick: Chapter 4 (release date: 24 March) Keanu Reeves is once again suiting up as John Wick AKA Baba Yaga for the fourth instalment of this action-packed franchise. Given how the last film ended, he’s out for bloody revenge and I fear for anyone who would dare get in his way…

Shazam: Fury of the Gods (release date: 17 March) Asher Angel/Zachary Levi return as Billy Batson who with a single word turns into the hero Shazam. There are significantly higher stakes this time around as Billy and his adopted family of superheroes must face off against the Daughters of Atlas.

Indiana Jones and the Dial of Destiny (release date: 30 June). 15 years after he last donned the iconic hat and whip of the legendary Dr Henry “Indiana” Jones Jr, Harrison Ford reprises his role for the fifth and probably final time. James Mangold takes over the directing duties from Steven Spielberg, and with Mads Mikkelsen and Phoebe Waller-Bridge joining the cast, fingers crossed it can right the wrongs of Kingdom of the Crystal Skull.

Disney’s live-action offerings, particularly some of the recent ones, have mostly left an awful lot to be desired, begging the question as to why these films exist outside of an excuse for the Mouse House to print money. However, the live-action retelling of the story of Ariel could be the one to arrest the slump. Halle Bailey as Ariel is an excellent piece of casting, and she’s joined by Melissa McCarthy, and Javier Bardem, as well as the voice talents of Daveed Diggs, Jacob Tremblay and Awkwafina.

It’s been a while since we have seen Brie Larson’s Captain Marvel in the MCU, but she is poised to make her return in this sequel to her 2019 film. The plot remains under wraps but this film will see Carol team up with Monica Rambeau and Ms Marvel, with Teyonnah Parris and Iman Vellaini reprising their roles from WandaVision and Ms Marvel respectively. Seeing these three team up, with Candyman reboot director Nia Da Costa (the first black woman to helm an MCU movie) calling the shots. Give it to me.

8. Ant-Man and the Wasp: Quantumania 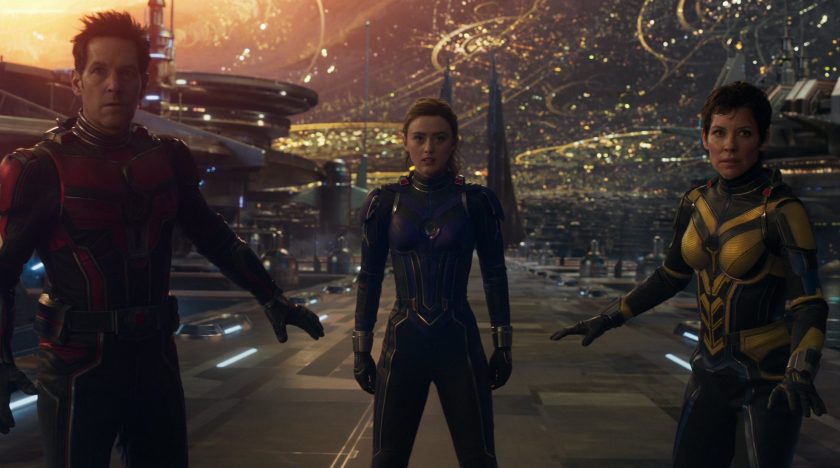 The third instalment of the adventures of the MCU’s tiniest heroes promises to be one of the biggest films, certainly for Ant-Man and in all likelihood for the MCU as a whole as this film will see Paul Rudd’s Scott Lang and Evangeline Lilly, as well as Cassie Lang (now played by Kathryn Newton), travel down to the Quantum Realm where they will have to face off against Jonathan Majors’ Kang the Conqueror, who promises to be a major (pun intended) villain of the future MCU phases going forward.

Speaking of Jonathan Majors, he pops up again here in this third instalment of the Rocky spin-off franchise as an old friend of Michael B Jordan’s Adonis who seemingly has a very personal score to settle after being released from prison. The stakes feel considerably higher for this third film, but alas Sylvester Stallone’s Rocky will not be involved this time around, with Jordan stepping behind the camera for his directorial debut. 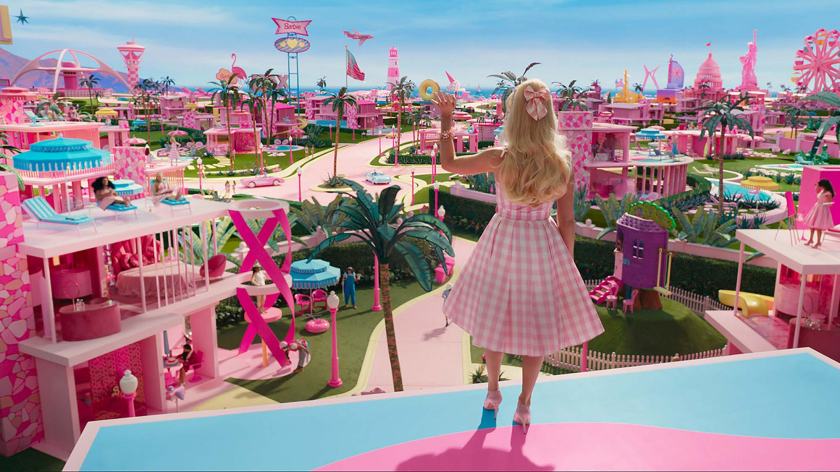 I honestly never thought I would see the day when a film about Barbie would feature on one of my lists of the most anticipated films of the year. But here we are, the POWER of Greta Gerwig.  Not much is known about the plot of the film, but with a cast which includes Margot Robbie in the lead role, Ryan Gosling as Ken, as well as Simu Liu, Ncuti Gatwa, Emma Mackey, Kingsley Ben-Adir, Issa Rae and Michael Cera, and you have my interest, especially since THAT trailer hit the internet. Come on Barbie, let’s go party!

5. Guardians of the Galaxy Volume 3

The fate of this film lay uncertain for a long period of time following the departure of director James Gunn. However, common sense prevailed and after being poached by DC to make the terrific The Suicide Squad and Peacemaker, Gunn returns for what is likely to be his last project for Marvel, and a potential end of the road for Marvel’s collection of loveable villains-turned-heroes as the recently released teaser indicates it could be an emotional farewell for The Guardians. Let’s hope Gunn has another Awesome Mix of banging tunes to drown out any potential audience waterworks.

The storming box office success of Top Gun: Maverick is proof positive Tom Cruise still commands insane box office power. Since Mission: Impossible – Ghost Protocol, the MI franchise has somehow managed to find ways to keep going and just get better and better with every new instalment. This is no small part due to Cruise’s willingness to keep doing absolutely jaw-dropping and insane stunts which manage to outdo the last crazy stunt he did for the previous film.

While plot details remain unknown, Cruise is showing no signs of slowing down with the craziness of the stuns he seems willing to pull off, and all of the familiar faces seem to be back in action alongside Cruise. Christopher McQuarrie is once again calling the shots as the director. What’s more, the franchise has added some very exciting talents including Hayley Atwell, Pom Klementioff, Esai Morales and Shea Whigham. Given this is likely to be the penultimate film with Cruise in the role of Ethan Hunt, expect even more fireworks than before, if that is somehow possible.

3. Spider-Man: Across the Spider-Verse

2018’s Spider-Man Into The Spider-Verse was one of the most stylish and unique animated films to have come out in a long time, and it’s one of the best superhero films ever made. Introducing fan favourite Miles Morales as Spider-Man, its unique animation style made it feel like it was as if the animators were directly taking pages of a comic book and translating them onto the screen. Plus given the recent trend among superhero films to explore the multiverse, it was a film ahead of the curve.

With this sequel, we can definitely expect more multiverse shenanigans, and the fact that this film will be part one is an extremely intriguing prospect. Shameik Moore, Hailee Steinfeld and Jake Johnson will all be reprising their voice roles. Joining the case will be Oscar Isaac as Spider-Man 2099, Issa Rae as Spider-Woman, Daniel Kaluuya as Spider-Punk, and quite possibly many more if the trailer is anything to go by. My spider senses are tingling with excitement already!

Christopher Nolan’s films are always cinematic events, and his next film promises to be an enthralling, explosive spectacle exploring the life of J. Robert Oppenheimer and more specifically his role in the creation of the atomic bomb in the Manhattan Project during World War II. Frequent Nolan collaborator Cillian Murphy leads what is an extraordinarily stacked cast which includes: Emily Blunt, Robert Downey Jr., Matt Damon, Rami Malek, Florence Pugh, Benny Safdie, Michael Angarano, Josh Hartnett, Kenneth Branagh to name but a few.

“This is only the beginning”, says one character in the closing scene of Denis Villeneuve’s Dune, a cliffhanger which left fans wanting an immediate return to Arrakis. The sequel was not assured given the film was released to cinemas as well as a day and date release on HBO Max, but with strong box office support, substantial viewership on HBO Max, and six Academy Awards at the 94th Oscars, the spice will flow once more as Villeneuve got the go-ahead to adapt the second half of Herbert’s novel, with Paul (Timothee Chalamet) out for revenge against the ruthless Baron Harkonnen (Stellan Skarsgard).

As well as Chalamet and Skarsgard, Zendaya, Rebecca Ferguson, and Javier Bardem reprise their roles from the first film. Joining them for this sequel will be Florence Pugh, Austin Butler, Lea Seydoux and the legendary Christopher Walken.

Thanks for reading. Here’s to a great 12 months of cinema!

One thought on “Most Anticipated Films of 2023”