Synopsis: Set in the 26th century,  a compassionate doctor finds an abandoned cyborg whom he names Alita (Salazar). Upon reawakening, Alita with no recollection or memories of her previous life, goes in search of answers…

Review: If you’re looking for a big name film-maker to get an ambitious project off the ground, James Cameron is not a bad choice to turn to. For here is a director who for a time, boasted the two highest grossing films of all time in his repertoire, as well as being the one of the two brains behind the Terminator franchise. But even with the involvement of such a talent as Cameron, and director Robert Rodriguez, sometimes, it just not enough to save the project.

After humanity has been seriously affected by a deadly war, Dr Dyson Ido (Waltz) finds the remains of a female cyborg in a scrapyard, brings her body back to his lab and restores her to life. However, Alita with no memory of who she was in her previous life, is determined to get some answers. Right away the film throws the audience head first into the thick of what is evidently a planet that has clearly been effected heavily by war. Yet the screenplay, penned by Cameron and Laeta Kalogridis, doesn’t really provide any context for the preceding war that has seemingly crippled this society. Furthermore, an overwhelming majority of the dialogue feels very stilted. 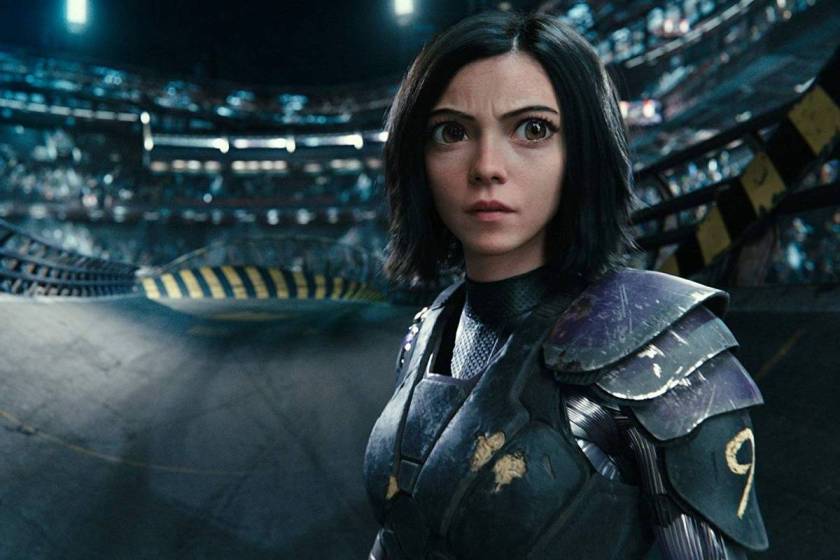 As the main character, Alita is certainly a likeable protagonist that you want to root for, even if the CGI on her is a little jarring to begin with. You want her to find out the answers that she’s seeking and it is extremely entertaining to watch her throw down against some of the slimy, nefarious people that inhabit this world. But of course, they had to add a romance into the mixture with Alita falling for Hugo (Keean Johnson). It’s functional to the plot as he helps Alita acclimatise to the new world she is discovering but, there’s not a great deal of chemistry between the two of them, and while not as laughable as some of the romantic dialogue that the Star Wars prequels served up, it’s still pretty cringey.

The rest of the cast are also functional at best, which is extremely frustrating when you have Oscar winning talents like Christoph Waltz, Jennifer Connelly and Mahershala Ali. It just feels like their considerable talents are wasted on what could have been a much better script. What’s more, the motivations/purposes of some characters for doing what they’re doing are extremely vague, with scope clearly being left for future instalments. The CGI on the whole is very hit or miss, sometimes it looks really impressive, and there are other instances where it looks extremely cheap. This is problematic for a big budget blockbuster, especially since Cameron’s Avatar, a film that came out a decade ago, showed the world what CGI could accomplish.

For what is clearly striving to be a film that is trying to be its own franchise, it tries so hard to set up a sequel that it negates telling a worthwhile story to begin with. There are some entertaining scenes but again, there’s nothing here that really stands out to differentiate it from the plethora of films in this genre, that have been far more memorable. For any film that spends a long time stuck in development hell, it always feels like the odds are against it. Despite the best efforts of all concerned to bring this property to the big screen, and even with such star power, both in front of and behind the camera, this is a classic case of style over substance.

One cannot fault the ambition, but even with a solid lead performance from Salazar, the extremely corny dialogue and a rather messy plot just cannot save this film from its place on the scrapheap.