A Star is Born – Film Review

Synopsis: Renowned musician Jackson Maine (Cooper) meets and falls in love with aspiring singer Ally (Gaga). As their romance blossoms, her career starts to take off, while his is on the wane…

Review: Hollywood right now certainly isn’t shy of remaking a great many films over the years. While some remakes can completely miss the mark entirely, there are instances in which a remake can achieve something remarkable. No matter what is being remade, one has to take whatever was made previously and make it feel new something new and fresh, a story that deserves to be introduced to a whole new generation, and that is precisely what writer/director/producer/star Bradley Cooper does.

Cooper is Jackson Maine, a singer who is no doubt talented at what he does. Yet right from when we meet him, it is clear that he is battling some intense personal demons, and is in the twilight of what seemed to be a glittering career. After one gig, he find a bar where Ally is performing, and almost instantaneously he is smitten by her and her incredible voice. The two begin a romance and during one show he invites her onto the stage to perform, and as the title of the film suggests, a star is most definitely born as Ally’s career begins a stratospheric rise to the top. Yet it is not all good for Ally, as Jackson’s demons begin to take a toll on him, which threatens to tear their relationship apart. 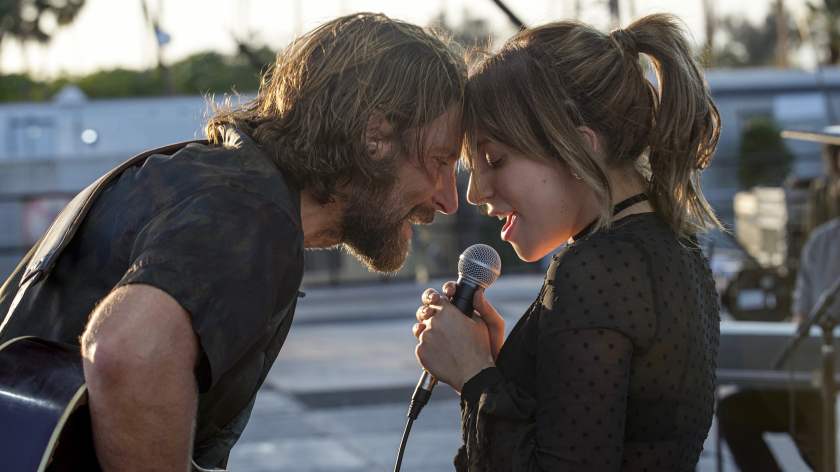 Cooper has shown his versatility in recent years with a diverse range of characters that has seen him pick up four Oscar nominations, but his portrayal of this troubled singer is potentially some of his best ever work in the acting department. You can just feel his anger at various things that have happened to him in his life, and the intense personal battles he is currently fighting that are just wearing him down. But it is Lady Gaga who is the real acting revelation. Though she has graced the silver screen before, her performance is nothing short of astonishing. She captures that anxiety of a woman who wants to pursue her dream, but is unsure of whether she really has the ability to make a success of it.

Given their relationship is a central piece of the film, Gaga and Cooper have excellent chemistry together, Like many relationships, they endure testing times, but you really feel their love for one another, even though they both have some concerns. For Jackson, it’s the direction that Ally’s career goes in, and for Ally, it is Jackson’s battles with addiction and substance abuse. The film has quite a bit to say about the modern music industry, that seems to favour extremely well polished and aesthetically pleasing artists, over those who harbour real musical talent. While Gaga has certainly had her controversial moments in the music business thus far, her talent as a singer cannot be disputed and along with Cooper, their is a plethora of raw and heartfelt emotion behind these beautiful songs.

There is a lot happening here but the screenplay by Cooper, along with Eric Roth and Will Fetters, does a tremendous job of balancing things out as for every euphoric moment of joy, comes a moment of melancholic sadness, but the film does not allow itself to get too bogged down in either for any significant amount of time. For a directorial debut, there is a lot to admire as to what Cooper brings to the table, most notably when it comes to the live performances. The camerawork and cinematography really makes you feel like you are at these gigs watching these talented performers bring these songs to life in a superb manner.

Remakes so often can feel like there simply was not a need for them to have been made. However the sterling work of Cooper and Gaga especially ensure that although this is the fourth version of this story to be told, it feels necessary for it to be retold to a new generation. With such raw emotion packed into its story and characters, A Star is Born will almost certainly be shining very brightly when we get to the business end of awards season.

Combining beautiful music with a story that packs emotion with extremely relevant themes for 21st century audiences, along with two electric leading performances, this is how you do a successful remake.