Synopsis: After receiving the heart-breaking news that her grandmother has terminal cancer, a young woman flies over to China to be with her beloved grandmother and her family. However, to ease her pain, her relatives have vowed to not inform their matriarch of her fatal diagnosis….

Review: There’s something special and unique about the bonds that we share with the people that we call family. Whether they live just a few blocks away, or maybe across an ocean, the bonds that family members form can be unbreakable and resolute. Within the first few minutes of this semi-biographical film from Lulu Wang, she establishes one such connection between a woman and her dearly beloved Grandma (or Nai Nai as she’s affectionately known). Instantly, from the first few minutes, we are reminded of the power that this institution can have over our lives.

The centrepiece of this heartfelt drama is Billi (Awkwafina), a struggling writer living in New York City. When Billi learns of her Grandmother’s terminal diagnosis, an impromptu celebration is organised so that everyone can bid their matriarch farewell. The only thing is, due to cultural traditions, everyone is under extremely strict instructions not to disclose anything relating to her diagnosis so as to ease her suffering, and let her enjoy her final few weeks of life. Having grown up outside of this cultural tradition, this approach does not sit well with Billi. As the gathering gets started, the entire time, Billi finds herself immensely conflicted. 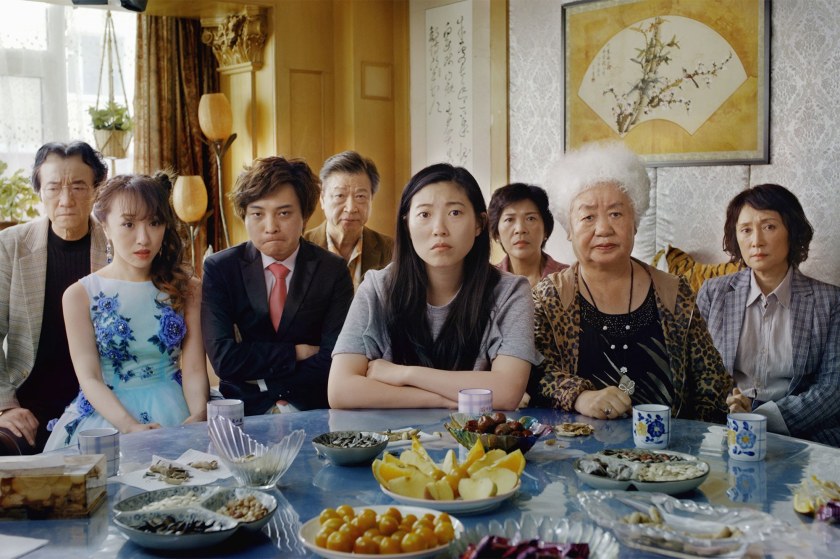 Having made her name with, and nearly stolen the entire show in Crazy Rich Asians, Awkwafina gives a heart-wrenching, powerful performance. It’s a very different role when compared to her one in Crazy Rich Asians, but one that she pulls off magnificently. Right throughout the film, there are moments where you can just see this conflict eating away at her, and at numerous times, she seems like she might crack. However despite her intense frustrations, at the urging of her other relatives, she strives to hold firm and maintain the pretence. Though other relatives have their moments with her, the spotlight is firmly on Nai Nai’s relationship with Billi, which is built on nothing but unequivocal love and respect for one another.

For a film that features a family saying goodbye to a dearly beloved relative, it would seem unlikely to have comedy woven throughout the story. However, Lulu Wang’s screenplay expertly combines the comedy and drama, and the results are entertaining and poignant. This balancing act mainly comes down to the wonderful performance of Nai Nai (Shuzhen). While everyone around her is fighting so hard, repressing their sadness, this lady remains blissfully unaware of everything and living her life without a care in the world. In a world where humanity can become cocooned by our own cultures and ways of life, it’s always fascinating to see another culture be brought to a wider audience. Furthermore, irrespective of their own culture, any audience member can appreciate, and be moved by, the traditions of the culture on screen.

The importance of family, and everything that this institution can teach us all as human beings has been depicted in movies before. Therefore, it is to this film’s immense credit that it manages to provide a refreshing take on this important theme and message, with a story that will almost certainly tug on those heartstrings. What’s more, for those that are blessed to still have their grandparents with them, it ought to make them want to reach out and ensure that they take heed to any pearl of wisdom that their grandparents can impart, and to cherish every second of time that you’re able to spend with them.

Poignant and comedic, anchored by a powerful performance from Awkwafina, The Farewell is an emotional family drama that will touch the hearts and minds of any audience member, regardless of culture or creed.