Synopsis: A young man is selected to take part in a unique programme that develops and evaluates the world’s first artificial intelligence.

Review: As humans, we all go through life wondering what does it feel like to be alive? We all go through different stages, birth, childhood, teenage years, graduation, jobs and of course ultimately death. In these big moments, we are overcome by emotion and feel what it is like to be alive. But what if you’d been brought into the world by some technical genius who sought to create the world’s first proper artificial intelligence? How do you express how you feel? How do you convey emotions? Are you truly alive? This is the enthralling premise of the directorial debut of Alex Garland, who primarily is known for his screen-writing credentials on the likes of Dredd and 28 Weeks Later. However, his first foray into directing is a dazzling, beautiful piece of work.

In recent years, we have seen science fiction films go from apes with incredible intelligence, to time travel, and to interstellar voyages and back on a crazy big budget scale. Yet there is none of that crazy grand scale adventure here. At the heart of the story here, is a simple tale of humanity, emotions, feelings. Yet also at its core, its dark, dangerous and somewhat eerie. We have seen forays into beings of artificial intelligence, with the likes of Kubrick’s 2001 and The Matrix, yet nothing on quite the personal, intimate level that we see here in Garland’s sharp screenplay. The interaction between the AI being, played wonderfully by Alicia Vikander and the lucky (or is he?) programmer Caleb, played by Domhnall Gleeson. As they interact, you feel the tension building. Does he have feelings for her? Does she have feelings for him? Is she really that different from a human being? There’s no guns blazing, high intense action here, but the dialogue between the two is extremely riveting to watch, as their chemistry grows, it definitely provides some of the most intense dialogue so far this year.

By stark contrast, Oscar Isaac playing the eccentric playboy billionaire Nathan, gives off contrasting signals. Sometimes he’s very warm and friendly, other times he feels cold and detached, which one might suspect if you lived in a vast complex with a considerable amount of money at your disposal to build an AI. The relationship between the three characters is thoroughly compelling as you wonder if any of them have any ulterior motives. All three are electric together which should be encouraging for this December’s Star Wars. Yet by far the biggest shining performance is that of Alicia Vikander’s work as Ava. She maybe an AI but with every action she takes, she feels like a real human being. Sexiness and remarkable intelligence combined, every man’s dream.

For a directorial debut picture, the film looks immaculate, with wonderful shots of breathtaking scenery. The look of Ava in her full mode is also immaculately well realised. Sometimes in film, it can be painfully apparent that what you are looking at is CGI but not in this instance. She may look like a robot, but Vikander’s grounded and sublime performance will make you think again. Likewise, this film will have you thinking about its content and characters long after you finish watching.  This is a landmark achievement in CGI films, and will have a great impact on the genre going forward as it feels remarkably real and personal. Also this is not the last we will hear of Alex Garland as a director or Alicia Vikander.

A thought provoking, imaginative and original sci-fi flick with tremendous performances from the three leading actors and a wonderful directorial debut from Garland. 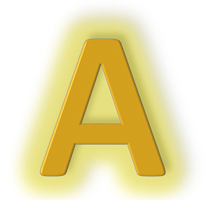 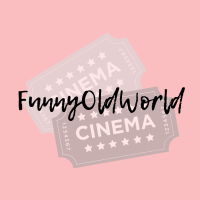